Christian Skredsvig belongs to what is called the Golden Age generation in the history of Norwegian art and is considered to be among Norway’s foremost landscape artists and portrayer of animals.

He grew up under extremely modest circumstances in Modum in Buskerud County and received very little schooling. He displayed a talent for drawing at an early age, however, and thanks to local initiative he was given the opportunity to pursue a career as an artist. Only 15 years old Skredsvig travelled to Christiania (now Oslo) where he began at the Eckersberg School of Painting, and he also studied for a short while at the Royal College of Art and Design. The following year, in 1870, Skredsvig was accepted tuition-free at the Art Academy in Copenhagen, where he studied under the landscape painter Vilhelm Kyhn.

After spending four years in Copenhagen, Skredsvig continued to travel around Europe. He stayed in both Munich and Paris and became familiar with the most current art of the times. He made his debut at the Salon in Paris in 1880 with his realistically rendered, immense and imposing painting Snow sledding by the Seine, and the following year he won the highly regarded Gold Medal for A farm in Venoix. In addition to sojourns in Germany and France and travels to Spain and Italy, an extended trip in South Norway in 1874 was of great significance for Skredsvig’s development as an artist. Sketchbooks from this trip containing studies of Norwegian landscapes and everyday life were an important basis for works that he created in subsequent years.

Like many of his colleagues, Skredsvig chose to come home to Norway around the middle of the 1880s. Together with his wife he settled down at Fleskum Farm in Bærum. It would become something of a gathering place for artists, writers and musicians. In the summer of 1886 his friends and colleagues Eilif Peterssen, Kitty Kielland, Harriet Backer, Erik Werenskiold and Gerhard Munthe visited him, and together they founded an art colony at the farm. It was during this much discussed summer at Fleskum that evocative landscape painting was introduced to Norwegian art, and the ground was laid for a new school in art history; neo-romanticism.

In 1898 Skredsvig divorced his first wife, started a new family and moved to Hagan in Eggedal where he remained until his death in 1924. Hagan is open to the public today. 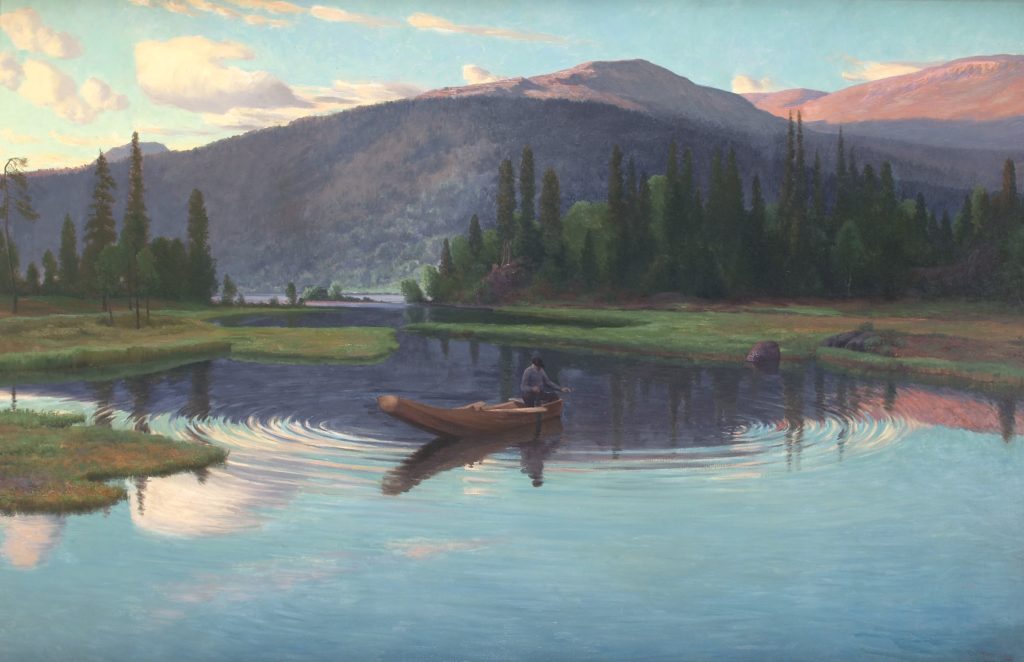 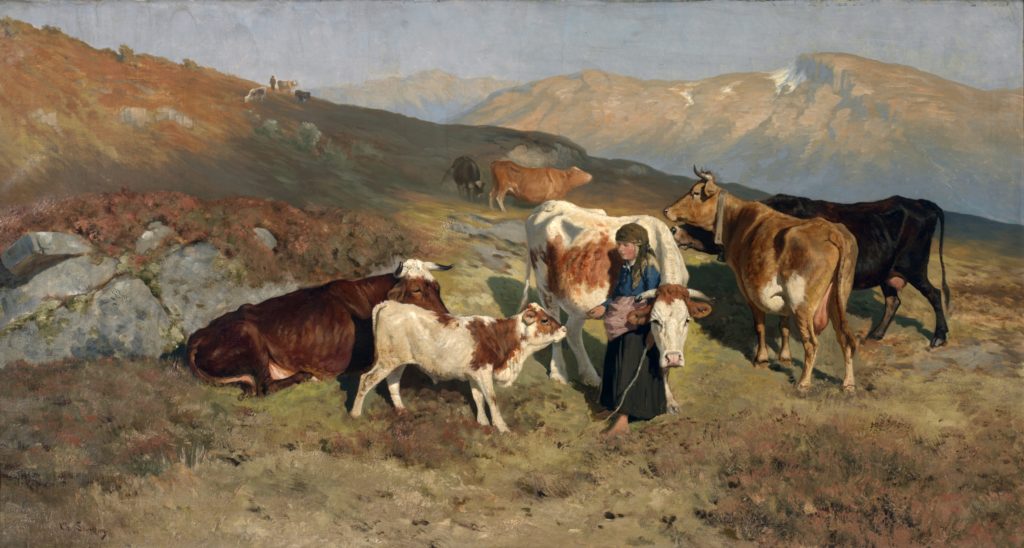 Evening in the Mountains