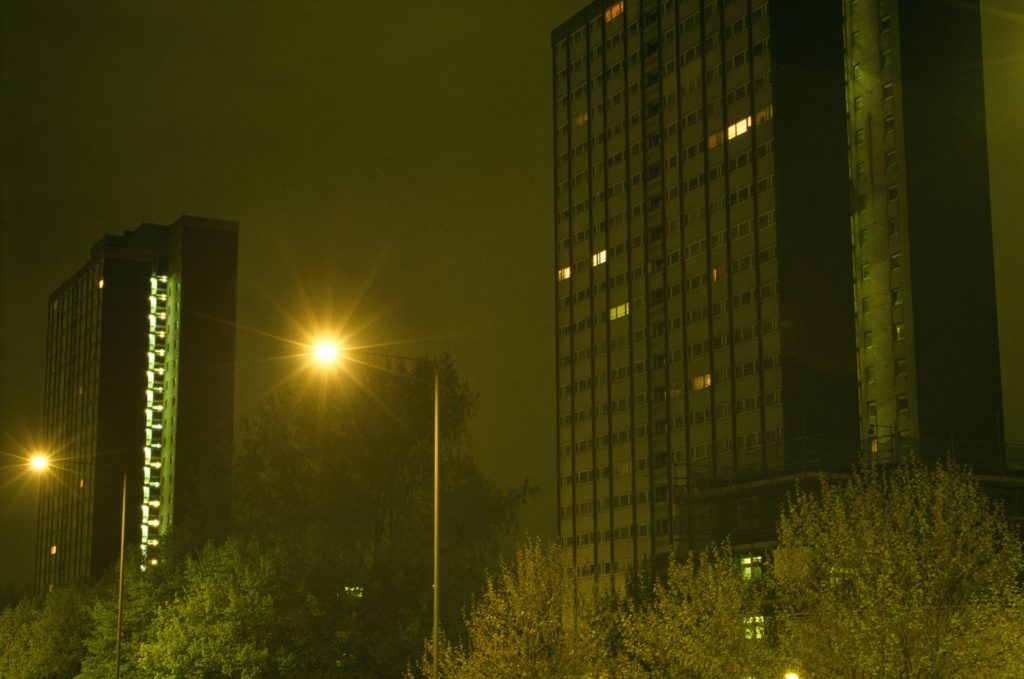 Knut Åsdam’s (b.1968) work Psychasthenia 10 consists of 22 photographs all of which depict barren cityscapes during the late night hours (see all of the photographs here). The sequence of motifs is very concentrated; in every single picture the viewer is confronted with monumental apartment buildings from various western metropolises. The huge structures are enveloped in murky half-light, lit only partially by the city’s phosphorescent street lighting. The absence of people is conspicuous. In spite of this, Åsdam’s concern is the individual’s experience of the world. As a whole the picture series is characterized by a disturbing, alienated, even claustrophobic atmosphere that is accentuated by the title. Psychasthenia 10 actually refers to a serious psychological ailment that is characterized by obsessive thoughts, phobias and anxiety.

An explicit and repeated theme in Åsdam’s multifaceted artistic production is life in today’s urban society, and experimentation with the borders between subject and surroundings. He works in many different mediums and techniques; film, video, photography, written text, sound and architecture. Åsdam has made a name for himself both in Norway and on the international art scene. He represented Norway at the Venice Biennial (1999) and has exhibited in a number of international museums.

See all artworks by Åsdam, Knut