Violin made in 1714 by Alessandro Gagliano in Napoli. Sonoko Miriam Shimano Welde plays on this instrument.

Alessandro Gagliano founded one of the most enduring violinmaking dynasties, which spanned four generations and dominated the craft in Naples and southern Italy from the early 18th to the mid-19th century. (Text continues below the photos).

In many ways Alessandro was the finest maker of the family; his instruments bear a wonderful deep red varnish of classical quality, yet they also possess idiosyncracies which set them slightly apart from the mainstream, and suggest the true origins of this somewhat enigmatic maker. His work shows a clear connection to the early Tyrolean school, in particular with makers emanating from Füssen, a small village which specialised in the construction of stringed instruments far back into the 15th century. Several lute-makers of Germanic origin were active in Naples at the end of the 17th century, and it is entirely possible that one or more of these provided Gagliano with training in instrument making.

The violin in the Dextra Musica collection is a wonderful example of Alessandro’s work, and bears his original label dated 1714. The distinctive outline form is very graceful, with a slender waist formed by deeply incurved centre ribs, and a broad lower bout. Perhaps the most striking thing about it is the beautiful piece of maple used for the back; unjointed and with a deep and regular figure sloping across the bouts, it sums up many of the aspects which make classical Italian violinmaking such an absorbing and mysterious art. The interaction of the soft, heavily tinted varnish with the brilliantly reflective wood has a hypnotic effect, fully three-dimensional and shifting in colour and tone according to aspect and lighting. A mirror-matching piece may be seen in the 1710 “Rotondo”, another celebrated Alessandro Gagliano violin, often referred to as his masterpiece. The two are very similar, with the single difference that the spectacular figure of the backs slopes in opposite directions.

The ribs have a narrower flame, and the head is a later replacement for the original. The wood of the table is a single piece of spruce, again like that of the “Rotondo”. One-piece fronts are less common than one-piece backs in Italian work; most makers preferred to joint the tops from two matched pieces to ensure a balanced, symmetrical grain structure. Here, Gagliano’s spruce is cut with the fine growth on the treble side, with some cross-grain figure evident in the lower bouts. On the bass side, the grain gradually broadens toward the flank.

Other characteristic features displayed in this instrument are the delicate and slightly hooked corners and the low-set, curving soundholes. The soundholes have an exaggeratedly broad sweep around the lower half, and are positioned close to the edge. It is typical of Gagliano that the original position for the bridge, indicated by the notches in the centre of the soundholes, is very low on the body. This produces a longer string length and the bridge is usually adjusted higher in modern set-ups, and the notches often filled and recut higher up the “f”. The reasons for the unconventional proportions adopted by Gagliano may lie in the differing regional musical pitch in the eighteenth century. It is known that standard pitch was substantially lower in southern Italy, and this may have required a slightly longer diapason for the strings available.

The violin was bought by Dextra Musica from Kenneth Warren of Chicago in 2006, and carries with it an earlier certificate from William Lewis in the same city, dated 1964. 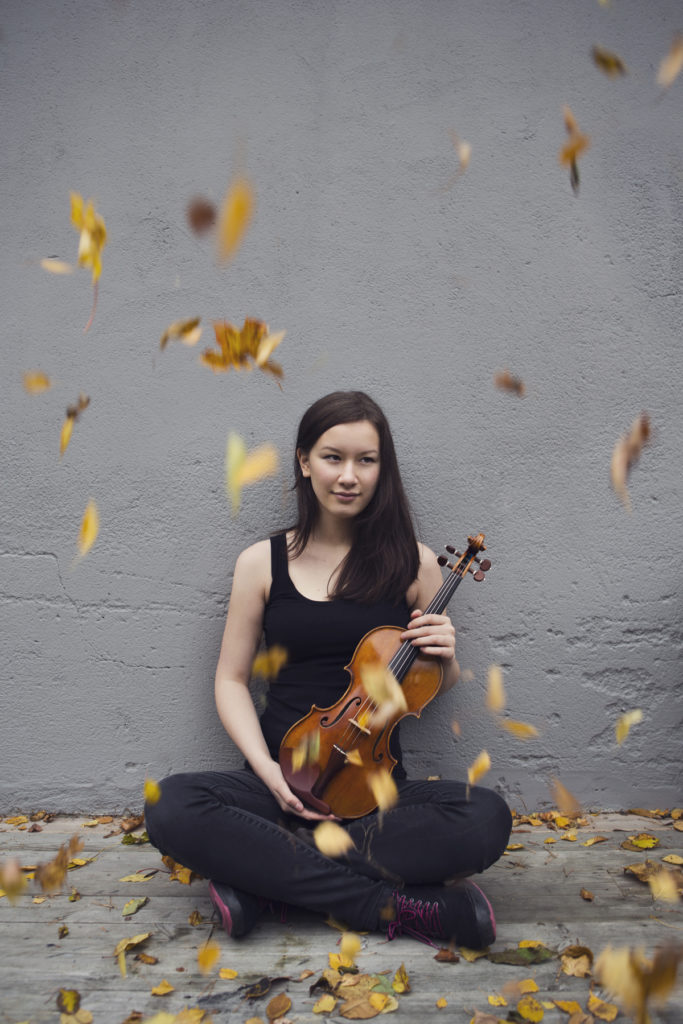 Sonoko Miriam Shimano Welde (b. 1996) is studying with Stephan Barratt-Due. In 2014 she won NRK’s soloist competition “Virtuoso” and represented Norway in the Eurovision “Young Musicians” in Cologne. She received the Norwegian Soloist Prize 2014. She is also a permanent member of the string quartet Opus13.