Bass made by Gaspar da Saló in Brescia, Italy in 1580. Dan Styffe plays on this instrument.

This magnificent bass was made by the man considered to be the father of the instrument, Gaspar Bertolotti, known as “da Salò”. It is certainly the oldest instrument in this collection, made at the end of the 16th century.

Many contradictory claims have been made about the originator of the violin, and that distinction used to be given to Gaspar, in part because of the often primitive appearance of his work. In modern times it is generally acknowledged that Andrea Amati of Cremona was the first maker of the violin as we know it today, but Gaspar is without doubt the Stradivari of the double bass. None of the classical Cremonese makers seem to have built instruments on this grand scale, and this is one of the finest examples of his basses to have survived.

He was born in 1540 to a musical family in Salò, near Lake Garda, and moved to Brescia in 1562, where he remained for the rest of his life. Compared to the finesse of the Cremonese, Brescian work is typically rugged and variable, less technically precise but always wonderfully engineered for purpose, and Gaspar’s basses and violas in particular have an unrivalled reputation for sound.

The definitive characteristics of Gaspar’s work are all embodied in this instrument. The massive, broad outline is in true violin form; many basses are made to viol patterns, without the outward turned corners. In the upper bouts, the ribs bend up towards the neck, a convention of bass-making which ensures a string support for the highly stressed neck joint. The arching is full to the edges, with a strong vault uninterrupted by the sharp recurve around the perimeter seen on most other instruments.

The soundholes are typical, having a long sinuous curving form and narrow wings, and small lower circles which are a recognised signature of his. They are set wide apart on the front, and rather lower than normal. Another distinguishing mark of Gaspar and other Brescian makers is the doubled purfling as is seen here. There is no obvious reason for the second, inner row of purfling other than as a decorative flourish, but the purfling itself shows signs of being inlaid in a fairly hurried manner. The decorated head is probably a later replacement; few Gaspar scrolls survive, as they would have been designed to accommodate a different arrangement of pegs.

The varnish has a beautiful deep, dark hue, but this is probably more to do with the great age of the instrument than Gaspar’s original intentions. Oxidation of both wood and varnish, as well as the gradual patination of the surface, have all contributed to its present venerable appearance. Dendrochronological analysis has recently shown that the spruce of the top dates to 1536.

This instrument has a long and colourful history. First brought to light by the Glasgow violin dealer David Laurie in 1868, he claimed to have found it in the monastery in Padua for which it had originally been made. It was played by the great bass virtuoso and composer Giovanni Bottesini, who expressed his opinion that it was the best instrument he had ever had in his hands.

Laurie sold it in 1876 to a Glasgow player named James Scott Marshall. It seems to have remained in Scotland in the hands of various players until after the Second World War, when it came into the possession of Jack Fallon, the celebrated Canadianborn jazz bassist who worked mainly in London, by whose name it is still known. 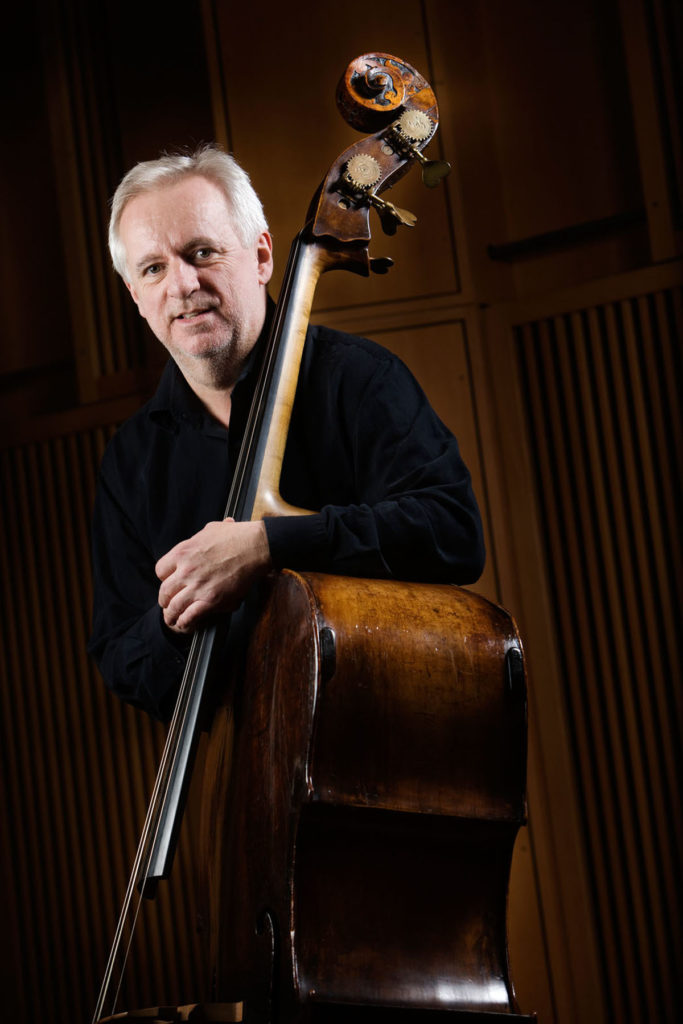 Dan Styffe (b. 1957 in Sweden) is Co-principal bass in the Oslo Philharmonic Orchestra and teaches at the Norwegian Academy of Music and at Barratt Due’s Institute of Music. (Photo by: Sverre Chr. Jarild)