Violin made by G.B. Guadagnini in 1754 in Milan. Eldbjørg Hemsing plays on this instrument.

Another Milan Guadagnini of slightly later date, this 1754 instrument is perhaps the best preserved of all three examples in the Dextra Musica collection, retaining an almost complete covering of the superb red varnish which characterises this period of his work.

It presents a fine opportunity to examine the detailed aspects of his technique which make Guadagnini unique. His craftsmanship reached a peak in this period, becoming very mannered in his subsequent life in Parma, and returning in newly invigorated but looser style during his last years in Turin.

Guadagnini was a true original amongst many inspirational Italian makers of the 18th century, and seems to owe little to any one of them. His apparently self-educated technique does not easily connect to other makers of the time, but he nevertheless achieved results at the very least equal to, and usually superior to those of any of his contemporaries. His outline form is well proportioned in the classical manner, but does not seem to be derived from any other maker in particular. The soundholes, with their oval lobes and long, unfluted wings are also quite original. On the scroll, a series of puncture marks can be seen around the eye, which are undoubtedly relics of the original marking out from the template. These are almost invariably present in Guadagnini’s work, but absent from that of any other maker.

We can deduce from the working of the interior and the presence of the prominent pins in the upper and lower parts of the back that he worked, like the Cremonese, from an interior mould, which also makes his instruments very consistent. But in other small but significant details he departs from the norm. In virtually every other Italian maker’s work, the corners of the back and front are a little thicker than the rest of the edge; Guadagnini made his taper downward. He made his purfling from walnut, a fact that requires a strong magnifying glass to verify; Guadagnini was also unique in this, as other makers generally used poplar or beechwood. Even in his application of the varnish, he seems to have had a distinctive technique, polishing the surface of the wood beforehand. This gives a subtly different appearance to other instruments where the grain and texture of the wood still asserts itself in the layers of varnish.

This violin is a testament to Guadagnini’s originality and artistry. The back is made in two matched pieces of maple, but this time with the flame rising from the centre, as an alternative to the arrangement on the 1752 violin. The quality of the wood is equally fine however, with the front made from flawless alpine spruce, with a slightly more open grain than in the other examples. Historically, the instrument was recorded in the 19th century in the Paris shop of Maucotel, and has since passed through the hands of the violinists Maurice Wilkes and Philip Greenberg, and the highly respected New York connoisseur Rembert Wurlitzer. It was secured for the Dextra Musica collection by Peter Biddulph in 2008. 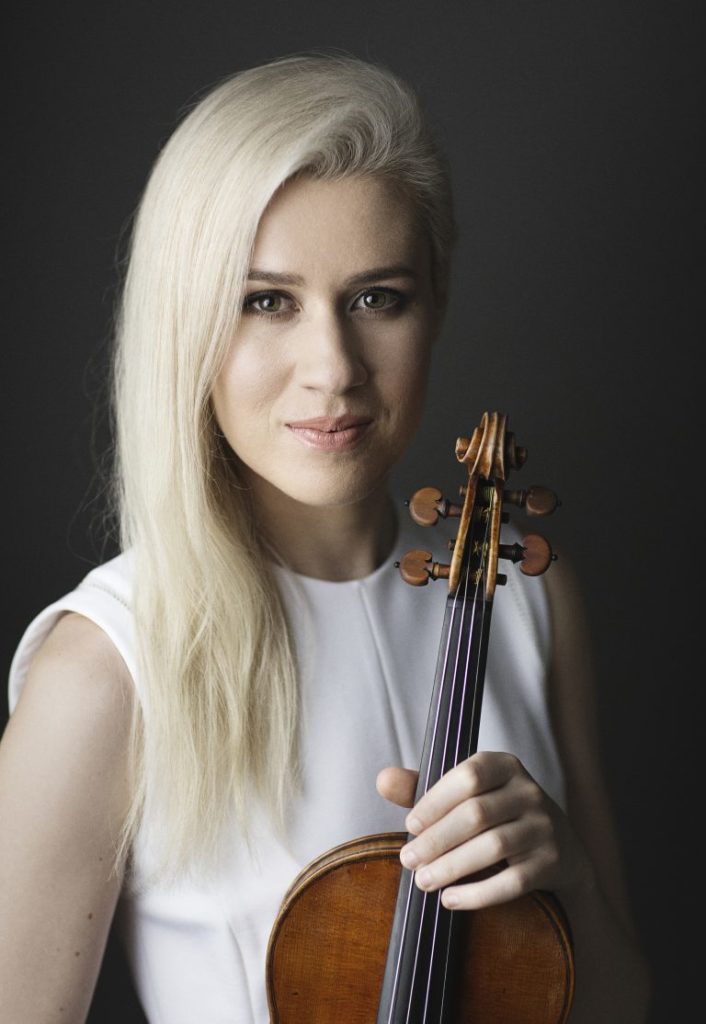 A champion of Norway’s rich musical tradition, Eldbjørg Hemsing (b. 1990) has been a household name in her native country since childhood and made her solo debut with the Bergen Philharmonic at the age of 11. (Photo by: Nikolaj Lund)